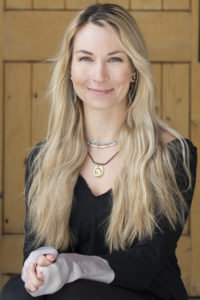 Kelly Halpin has lived the majority of her life in Jackson Hole, Wyoming. She showed an early interest in art and spent many of her teenage years studying film and making short movies overseas. After graduating from Art Center College of Design with a BFA in film, she transferred her interests to illustration. Kelly’s art is inspired by nature, street art, comics, and animations. Some of her favorite subject matter include surrealist takes on biology, astronomy, and folklore, as well as quirky characters in everyday objects and animals.

Outside of the studio, Kelly is an avid all mountain athlete and enjoys mountain running, climbing, snowboarding, and biking. Her sponsors include Black Diamond, La Sportiva, Gnarly Nutrition, Medicine Wheel Wellness, Suunto and Niche Snowboards.

ALL IMAGES ON THIS SITE ARE COPYRIGHT © KELLY HALPIN